The Stars Within Their Courses

It is eclipse season again, and the first eclipse of this will occur on either January 5 or 6, 2019, depending on where you live. This will be a partial eclipse and will be visible in Japan, Eastern Russia, Northeast China, most of Mongolia, and in the Southwest tip of Alaska.

As eclipses go, this one looks to be a rather mild one, and its influence will be mostly in the business and economic sphere. Let’s take a look at the chart for this Solar Eclipse. 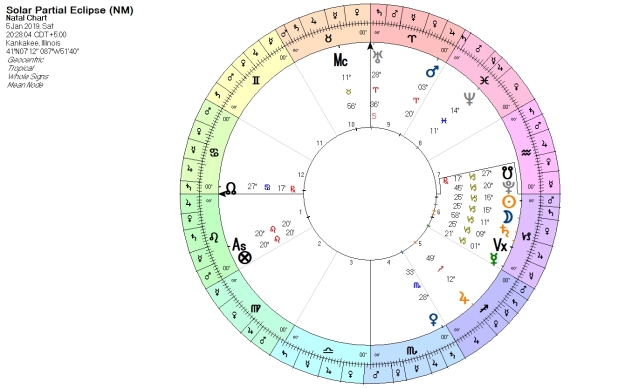 The most obvious thing about this chart is that it contains a heavy concentration of Capricorn. Not only are the Sun and Moon in Capricorn, but Mercury and Saturn are there as well. Furthermore, Pluto is in this sign and is coming up upon the South Node.

This suggests that this eclipse will concern…