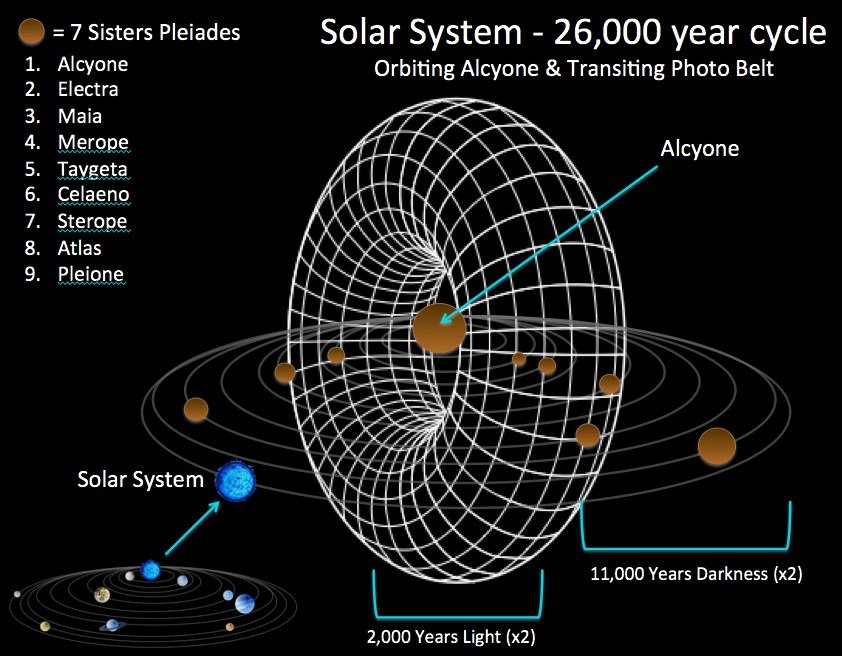 In 1961 science discovered, by means of satellites, a photon belt encircling the Pleiades. This photon belt * circles the Pleiadian system at an absolute right angle to its orbital planes. As our sun (and we with it) orbits the Pleiades once every 25,860 years, it reaches the midpoint of the photon belt approximately every 12,500 years. It requires some 2,000 years to traverse it, meaning that after departing this realm, another 10,500 years pass before our Solar System enters it again.

Before going any further, we should be mindful of the fact that this particular cycle is nestled within a number of greater cycles. What distinguishes this particular cycle from all its previous occurrences is that it culminates, together with all the other cycles of which it is but a part–including the overall cycle of 206 million years, in one single point of convergence…