All that’s required for enlightenment or an easier life is to release resistance and the need to control what happens to you.

The need to control life comes from the ego and is an impediment to higher consciousness. It’s only when resistance is released that the need to control fades; then, you can be open to a less stressful life that still challenges you but doesn’t bring you out of your center.

When you resist or try to control life, you create tension that manifests as obstacles further down your path.

You meet brick walls where there were once open doors, and those who struggle to find the source of this newfound difficulty need look no further than the resistance they may be showing and the control they may be attempting to exert.

Many people have written utopias, Sir Thomas More, Sir Francis Bacon, and Robert Owen among them.

The difference between us and them is we’re living into one; one is materializing before our eyes. And, best of all, we have input into its design.

Their utopias represented their farthest seeing while in Third-Dimensional density. Ours are taking shape even as we rise in consciousness, out of 3D denseness.

Just as they enunciated their utopias, so it’s appropriate for us to enunciate ours as well. Enunciating it makes it more real given that thought forms are creative.

This time around, it won’t be a paradise for just racial supremacists. Or religious fanatics.  It’ll be a paradise for everyone and no one will be able to enter it except they’ve divested themselves of their hatred and arrogance.

Even if they could storm the gates of heaven, they wouldn’t be able to…

Children are drawn to the light and run from darkness…if we were to all follow in their innocent untainted footsteps, darkness would not have such easy pickings to grab hold of. ~ WOW ~

http://www.ashtarcommandcrew.net/forum/topics/god-exists-in-all-circumstances-by-shanta-gabriel
We are drawing on the compassionate and timeless wisdom of The Gabriel Messages to provide insight and inspiration that we can apply every day of our lives.

For this week, the message from Archangel Gabriel challenges us to expand our perspective about what we see in the world around us and remember a deeper Truth.

The Gabriel Message Card for this Week

Be aware of the simple truth that God exists in all circumstances. 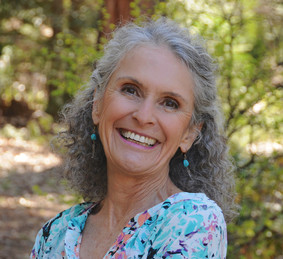 The idea that God exists in all circumstances can be a very challenging concept. This is especially true when faced with some of the more horrendous experiences people are having around the world.

It is difficult to see how there could be a benevolent Universal Presence working in these situations and yet, another name for God is All That Is.

God is a word that…

*
Radio interview about the quantum shift of humanity and the Universe as whole.

This is a time of vigilance for awakening Humanity and the millions of Lightworkers who have worked so tenaciously to cocreate the Cosmic Moment we are now in the midst of, but this is not a vigilance based in fear. It is a vigilance based in the inner peace and the elation of knowing that we have God Victoriously made it through the most fragile and complex, yet the most monumental, shift of consciousness ever attempted in any system of worlds.

Thanks to Rainbow Wave of Light

As always, we are aware that much of what we speak about will not be new to many of you. However, it may be for others, and we ask that you allow us to point out a few things.

We wish to discuss the violent acts that some on your world commit in the name of their gods. And we would include violent speech and violent thoughts, as well. While we are about it, let us also include the drive to control the acts and thoughts of others who do not choose to live as one would wish them to.

Can you imagine that they are acting out of fear and immense insecurity? In order to explain what we mean, let us share some of the sort of unconscious thought that goes into these sorts of responses to life. Many of these souls are called fundamentalists of one sort or…

The Law of Attraction

Beloved masters, it is of vital importance that you endeavor to incorporate the higher states of awareness, along with the will and Self-discipline needed to correctly implement the higher frequencies of truth into your physical, everyday life style in order to become a Master on the Path. Vital information for each incarnation is stored within the Soul-Seed Atom.  However, the consciousness of the human personality must reach the required frequency patterns in order to access any advanced Cosmic information. Over time, desire is transformed into aspiration, and aspiration develops into a clear, definitive intuitive ability.