The Sun Shines on Everyone | At the Table, On my Plate.

Seeing with more than two eyes

We’re at a crossroad in the evolution of consciousness where many refuse to bridge the gap between science and religion.  For them it’s an either/or scenario where one position or the other defines what we call reality.  One belief is concrete and fact laden, while the other is faith-based or worse, woo-woo.  And yet through the ages, teachers of the arcane proclaimed that the esoteric teachings would be validated when science realized that an “unknown something” (think God) was behind all manifestation (think “Reality”) and science and spirituality would merge.  Backing up that claim, a late 19th century Sufi master said, “If scientists touch the summit of their knowledge they will agree with the mystic that the point behind the whole of creation, the whole of manifestation, is a subtle trace of life that can be found. That trace is movement or vibration.”

Seeing with more than two eyes | Spirit of Ma’at.

WARNING: THIS ARTICLE IS DESIGNED TO ACTIVATE
THE CREATIVE SPIRIT. PROCEED AT YOUR OWN RISK.

“After my first year of college, I remember wanting to take some time off so that I could figure out what I wanted to do with my life. I had always been a good student, and my parents had high hopes and dreams for my success, so the last thing they wanted was for me to take time off from school. Remembering that as a little kid I used to love to draw, they suggested that maybe I wanted to take an art class, hoping that this might keep me in school. I decided to take their suggestion and I took a painting class. It came as quite a shock for me when, in this class, I accessed a long-forgotten creative aspect of myself, and realized that not just me, but that everyone, by “our very nature” is creative.”

HOMAGE TO THE CREATIVE SPIRIT | Awaken in the Dream.

Astrophysicist Dr. Neil DeGrasse Tyson was asked by a reader of TIME magazine, “What is the most astounding fact you can share with us about the Universe?” This is his answer.

Immerse yourself in the divine feminine energy of this Unfolding Secrets music video. Composer Marco Missinato’s melody and Soprano Vocalist Kristin Hoffmann’s vocals will captivate your heart and draw you into a musical journey through enchanting scenery, beautiful images of sacred geometry and awaken within you a symphony of love, peace, grace, passion, and Oneness with All. Shame is defined as a painful feeling of humiliation or distress caused by the consciousness of wrong or foolish behavior.  Just for today, look very closely at any shame you are holding.  Is it necessary?  Is it Self or Other created?

via The Oracle Report.

“Young children are deeply aware and impressionable. It wouldn’t be fitting to try to teach permaculture to them in the same way we think of teaching adults. It has to be embodied. It has to be built right in to the experience. The very design, approach and learning environment should communicate the principles of permaculture at work, and demonstrate nature’s efficiency, functionality and beauty.” (MES)

I see you
I remember you
It is there
Love
This is home
This is, the field of love

END_OF_DOCUMENT_TOKEN_TO_BE_REPLACED

An excerpt from an article by consulting editor, Patty de Llosa from our winter issue 2004:

“Why does the spontaneous relationship of myself to my body–and therefore of all of me to the present moment disappear with childhood? This is what interests me most. And how is it that my awareness, my kinesthetic sensation of my own body, brings me into the present moment again, able to participate in a more complete way of life?”

“What would our world be like today of these top 10 spiritual truths were taught in our schools, in the mainstream media, and in our history books?” Do not become so wrapped up in the words that are written that you forget the Voice of The Universe speaking to you now.

Uploaded on 27 November 2013 by Tom Lescher I’ve had enough of just getting by, Scraping and saving until I die, Having now unplugged from the matrix of lies, I see the world through whole new eyes. This New Moon in Sag on Monday is a time for sowing new beliefs having unplugged from old limiting ones from now until then. Time for it to sink in that the new future is inside each of us like a dormant seed waiting for the warmth and water of our conscious love and desire! There is nothing holding us back but us. Let ‘er rip! A big thank you to Jeff Oster for his music this week. Check him out at http://music.jeffoster.com This one, Enlightened Darkness is off the Surrender album. 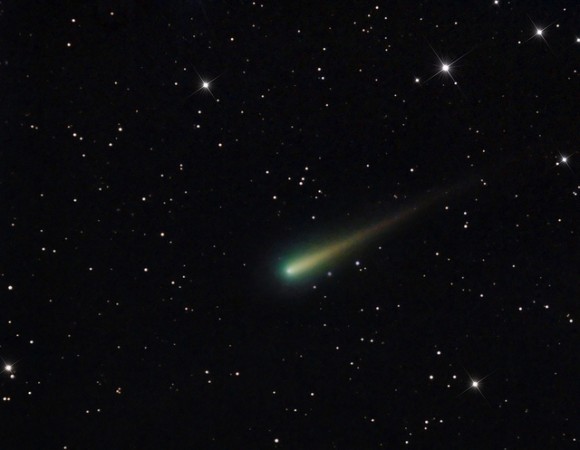 Comet ISON is making its way around the Sun this Thursday …

“After the opening of the Aion portal last Saturday, this is one HIGH VIBE week! Intense energetics are in play to create this major acceleration of the Shift. Personally, I AM still integrating the profound Heart activation from last weekend, and meditating as often as possible.”

Dear Jennifer:  With each holiday season I find it harder and harder to do what is expected of me because ‘it’s family’ and all of the obligations that go along with our family connections. Yet my protests are silent because of the guilt I feel when I say ‘no’ to dinners I don’t want to attend and gatherings with people I don’t want to talk to or be with. You hear time and again that The Universe is full of good things and that is the truth. So, what is getting in the way of you experiencing it? YOU, of course!If you would just release all of your preconceived notions of

via The Oracle Report.

Magenta Pixie-Communicating with the cells and organs of your own body | The Galactic Free Press.

Most of us know that the environment has a tremendous effect on our physical and mental well-being but did you know that our thoughts directly affect the way we physically feel? Remember always that we live and exist as part of a vast, elaborate, and intricate matrix of consciousness where everything affects everything else. There are numerous causes to any one effect. Reality is far more complex than we sometimes realize. It’s far easier on our brains to overly simplify Reality’s operating system yet by doing so we can end up blocking out an understanding of how we are living a shadow of the amazing life we could be experiencing. Let’s take a look at a program in the operating system of Reality that affects us on a daily basis in very intimate ways: our thoughts affecting our well-being.

How Your State of Mind is Affecting Your Well-Being – Waking Times.

This article was originally published on Valhalla’s website, at http://valhallamovement.com/blog/2013/09/26/project-nuevo-mundo-and-why-you-should-help/.

“Project Nuevo Mundo is a new platform that will be connecting People and Impact Centres. Their plan is to promote resource sharing online and on the ground to promote community and sustainability! They currently have a campaign on indiegogo to raise funds for a Bus Tour this winter, where they teach workshops and set-up their on-the-ground network. Make sure to show them some support by contributing and sharing their campaign. Here is an article that they wanted to share with you!”

Channeled by Brenda Hoffman for http://www.LifeTapestryCreations.com

Special Event: Brenda is a featured guest this week of BlogTalkRadio.com/DoubleDutchRadio – the Netherlands based Internet show of Lucas2012Infos.WordPress.com.

Summary of Brenda’s November 19, 2013 free, 15-minute, channeled “Creation Energies” show at http://www.BlogTalkRadio.com/brenda-hoffman: The goals of last week’s vehicle creation exercise was a reminder that creations aren’t permanent and you can create in whatever medium you wish. Your child-self used to create with freedom and joy. Your adult dreams are often encased in shoulds. Your new assignment is to create in your mind your most joyful Thanksgiving or special day.

The title of last week’s “Brenda’s Blog” – her free, weekly, channeled blog for  http://www.LifeTapestryCreations.com:   “Between Comfort Zones and Fear”

The media, your community and family encourage you to believe that most, if not all…

“As Thanksgiving approaches please give thanks for all that is good in your lives. There are truly none among you who do not have something to be thankful for, so go within, to that quiet safe place where you can, if you choose, access your spiritual guides and mentors and ask them to bring to your attention an event or an aspect of your life for which you are eternally grateful.  Then say “Thank you” for it. Just saying thank you is uplifting for you even if you are not feeling very thankful, because it opens you to receive the Love that surrounds you, awaiting your acceptance of Its constantly proffered embrace.”

Love is the key to spiritual awareness. | Jesus through John.